I can’t believe it’s been a year already!

Blind the Eyes came out on June 1, 2018, and in a weird and totally-unplanned-for twist of fate, it was three years to the day since I first sat down to write it, making this officially my fourth year as an author (shock).

To celebrate, here’s a look back at one year of awesome milestones and a fun bookbox giveaway:

When I talk about how much I love international readers, this is one of the reasons why. The first ever copy of one of my books to sell was a preorder of the BTE ebook, and it went to a reader in the Philippines.

To be entirely honest, I would have been thrilled just to sell a copy to someone I wasn’t related to, but it’s super cool to know exactly who gave me that first vote of confidence. :)

It was almost two weeks after launch, blogger reviews were slowly filtering in and I was still wrestling with KDP to get the paperbacks posted when I got the email.

BTE was selected to be featured in the Summer 2018 Barnes & Noble Press Presents promotion. In case you’re not up on current trends in bookselling, B&N is one of the curated storefronts where human beings (instead of just algorithms) select books to be featured.

After two weeks of book launch madness, this was definitely a welcome development! 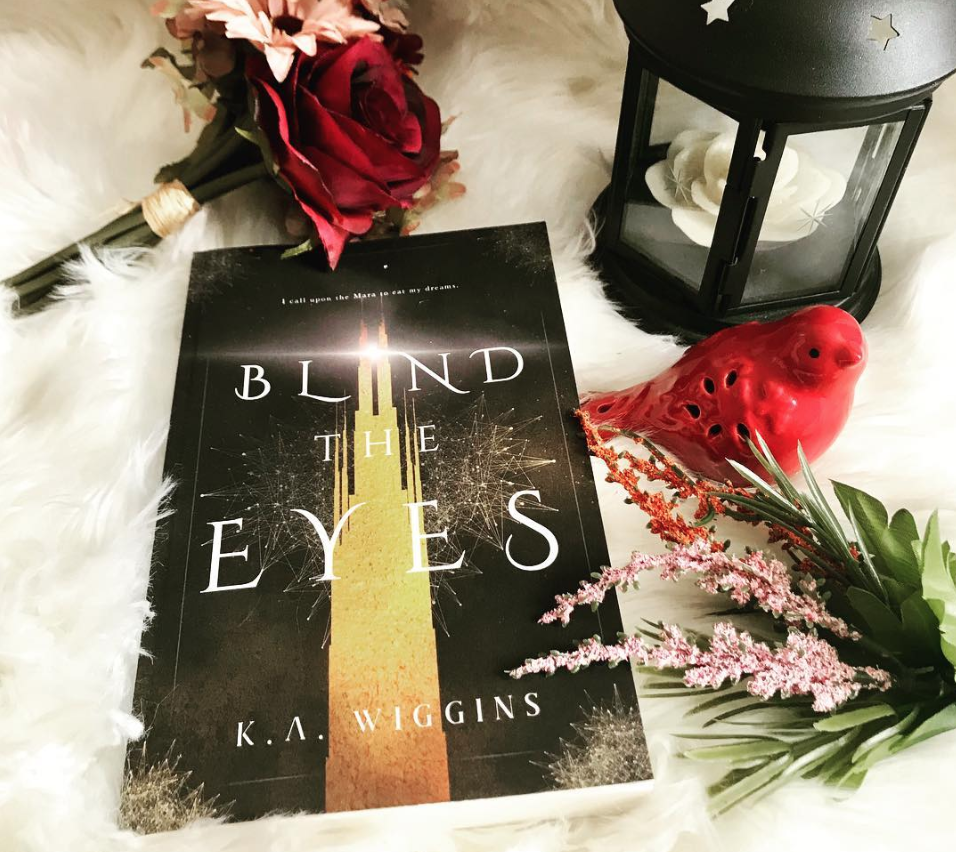 Almost three weeks post-launch, but better late than never (sob) Ingram Spark came through with gorgeous paperback proofs. I’d spend the next six+ months wrestling with KDP support to get cheaper versions out to stores, but yay, pretty books!

A second Camp NaNoWriMo saw the end of the first draft of Beneath the Surface—now available to newsletter subscribers as the prequel novella Under.

I’d like to circle back and rework this story into a full novel with some tweaks, but y’all are waiting on the sequels, so . . . some day. (shrugs)

BTE was finally available in three (out of four) formats—and man, those hardcovers look good. Audiobooks are still to come . . . whenever I get free from this #$%^ sequel, lol.

Also in November, Regina Wamba’s gorgeous cover design for BTE was shortlisted as one of the top 10 Science Fiction & Fantasy covers of 2018 by the rad team at Kobo.

Another best-of list! Just before Christmas the Barnes & Noble Press team let me know they’d selected BTE as one of their “Top 20 Favorite Indie Books of 2018” and called it:

“A unique twist on the YA-dystopian genre, Wiggins weaves a complex tale that unfolds like a dream itself — mystical, and sometimes odd, but always captivating.”

Thanks so much for the kind words, B&N Press!

Yes, finally the long-awaited KDP paperbacks finally got unstuck from the bowels of the internet and appeared in stores. Rejoice!

I also kicked off a year of releases with Letter From the End of the World on January 31.

I don’t believe in New Years Resolutions, so let’s call it a quiet scheme to release a story a month (mostly to make up for being s l o w getting that sequel out to you).

Letter is a super-short epistolary second-person villain origin story in the Threads of Dreams world.

I basically just recycled some of my worldbuilding and backstory notes into a side story to explore the possibilities of Kindle Unlimited, so I was frankly shocked to hear from a small international publisher asking about translation rights.

Somewhere in between, the 30,000 word prequel novella Under launched to newsletter subscribers.

The Unsought Light debuted as a Valentines Day free read before getting reworked for KU. First story outside of the Threads of Dreams series!

Also in February: first interview, thanks to Mary Bernal of My Books My World

And ALSO, this funny little email about some event in India . . . which brings us to:

I was invited to speak at a children’s literature festival in Mumbai. Even more unexpectedly, I said yes—and loved it! Turns out I love talking about books and encouraging readers and writers—who knew?

I had a great time at Creative Ink Festival closer to home in Burnaby a couple weeks before heading to India as a “practice run” too—great to meet some new friends and make a lot of really exciting connections at both events. Will definitely be on the lookout for more chance to get out and connect with y’all offline more often!

Writers reading this might laugh, but it hadn’t really occurred to me to try to license short fiction—even after my first attempt getting snapped up for translation.

But I kind of stumbled across an online call for submissions for speculative stories about water and . . . 1,600 words later a weird, creepy, delightfully dark faery story called On the Edge was snapped up the first place I submitted! They called it “exceptional and lyrically beautiful” so there’s that.

Look forward to reading that later this week at Enchanted Conversations Magazine!

Looking back, it’s hard to believe all the amazing things that have happened in just one year!

So many of the things I expected didn’t happen and tons of things I never would never dreamed of have, so it’s very much been an exercise in adjusting expectations and getting excited about what is.

And so many of those great things are because of the amazing readers, bloggers, bookstagrammers, and other supporters who have taken the time to write reviews, post pictures and, you know, buy books. So, thank you, everyone!

To celebrate, I’ve put together a bookbox inspired by some of the highlights and events of the past year: 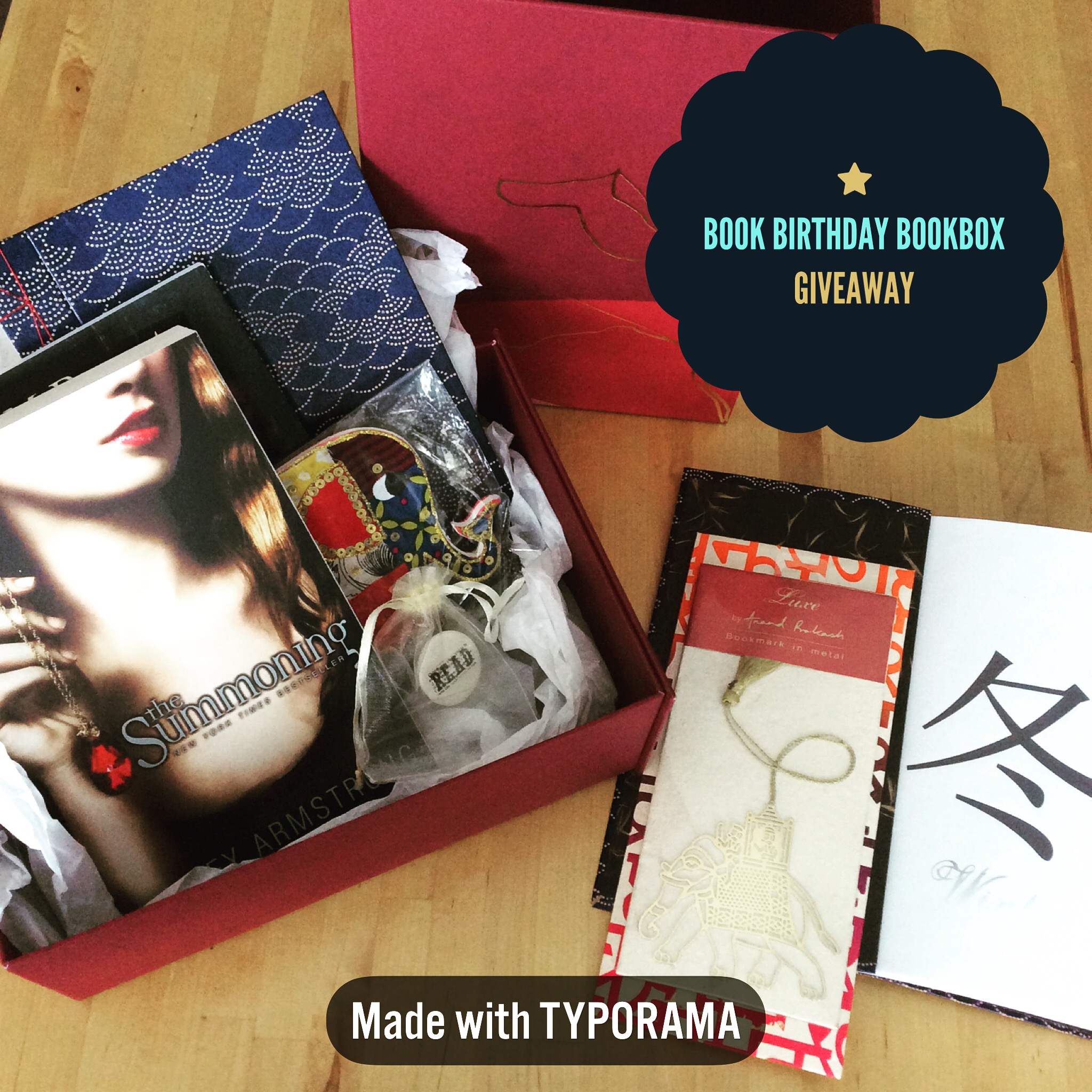