I tend to have too many projects on the go at one time. My plan is to solve that by . . . yup, adding another one! Yaaaay~~

Quick pause for a commercial: Blind the Eyes is down to its final days in Kindle Scout! If you haven’t already, you can go to Kindle Scout and nominate Blind the Eyes as a book you want to read. If it wins, you get a free copy before its release date!

‘Kay, back to the new news. :) So I’ve entered Camp NaNoWriMo to push myself to make more progress writing a prequel to Blind the Eyes that will sit outside of the Threads of Dreams Trilogy and may be a serial, short story, or novella. It shouldn’t be all that long, maybe 10-20,000 words (contrast with BtE at 97k), and it’s not going to go through the same level of production.

The idea is that this could be some sort of incentive/newsletter exclusive or “reader magnet” - in other words, a freebie writing sample that lets me explore some of the world-building backstory, try out some different pacing and structures, and take a different sort of story for a spin while getting over my anxiety about writing book 2 in the trilogy (lol). But my projects have a tendancy to balloon in size and scope, so we’ll see - there’s a chance it could spin off into a full book/series if I don’t watch it like a hawk!

Camp NaNoWriMo runs in April and July, and it’s a sort of “choose your own adventure” version of National Novel Writing Month where you set your own goal (regular NaNoWriMo is a minimum of 50,000 words). I’m hoping the peer pressure/defined timeline/deadline helps me dig in and get my word counts back up and running!

To boost my motivation, I even made it a cover! Check out the synopsis, excerpt and cover on the campsite or scroll on for more:

The twins’ bond kept them together through the death of their parents, the memory wipe, and assignment to separate work divisions in the Towers of Refuge, the only surviving habitat in their flooded post eco-disaster city.

But when protective older sister Ange follows carefree Amy into the abandoned lower reaches of the towers, the secrets they discover below the waterline could sever their bond for good.

A dystopian dark fantasy that ranges from sterile towers to glittering clubs and abandoned tunnels, BELOW THE SURFACE is a prequel to the THREADS OF DREAMS trilogy and blends monsters and magic with near-future post eco-disaster cityscapes.

“I’m tired. Aren’t you tired? Maybe we should go back and do this another night.” Or not at all.

Amy hooked her arm through Ange’s and bumped heads. “I’m not tired, and I’m not letting you off the hook, either. This’ll be fun. It’s something different. Something new.”

“You won’t be saying that when the Mara take you.”

Amy snorted and tugged on Ange’s arm to get her moving again. “The Mara are a myth created by Refuge. They’re nothing more than the Bakunawa, the Aswang, the Batibat, the—“

“Ange, come on. I haven’t performed submission for months and nothing’s happened to me. Refuge’s just making up monsters to scare us. To control us.”

The metallic tang of fear weighed down Ange’s tongue as she hurriedly muttered submission for the both of them: “I call upon the Mara to eat my dreams.” She repeated it three times while Amy threw up her arms and pressed on down the stairs.

Ritual complete, Ange hurried after her. “It’s not a lie. Our mother believed in the multo, the ghost-monsters, or don’t you remember? Our father told stories about the Nightmare, and the Each Uisge. Refuge protects us from the Mara.”

“Believe what you want. Anyway, if I’m going to get eaten by the boogeyman, I’m at least having some fun before I go.” 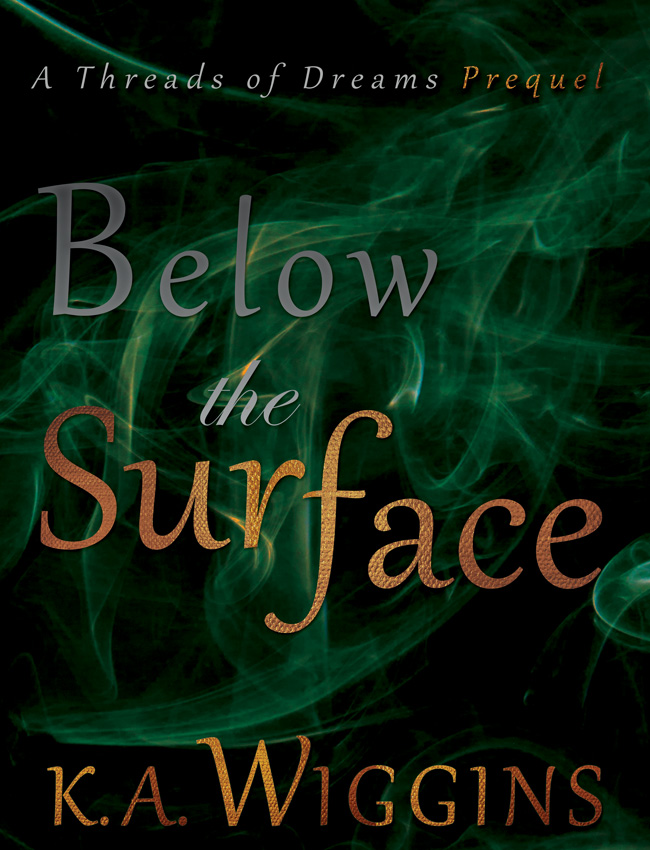