K.A. Wiggins is a Vancouver-born Canadian speculative fiction author, speaker, and creative writing coach known for the award-winning, genre-bending YA Fantasy series Threads of Dreams. She writes YA Fantasy with an edge and a broad array of dark and difficult speculative fiction for middle grade (forthcoming), young adult, and all-ages/adult audiences that explores the tangled webs of society, environment, and identity through intricate, dreamlike tales of monsters and magic.

Her short fiction has been published by Enchanted Conversation: A Fairytale Magazine, Frozen Wavelets by The Earthian Hivemind, Hungry Shadow Press, Fiction-Atlas Press, and Virgibooks (in translation). She currently leads the Children's Writers & Illustrators of British Columbia Society (CWILL BC) and teaches with the Creative Writing for Children Society (CWC).

For bimonthly updates and exclusive content, including a free ebook copy of Threads of Dreams series prequel, Under:

The Horror Anthology of 2022

I’ve just seen the print proofs for It Was All A Dream: An Anthology of Bad Horror Tropes Done Right and this is one you won’t want to miss!

The star-studded lineup alone makes it one of the most exciting anthologies of Spooky Season 2022(TM), but the creepy/schlocky, retro-horror-movie black-and-white interior illustrations for each story make this not only an incredible read for horror lovers, but a real show-stopper for your shelves.

Brandon at Hungry Shadow Press has really been working overtime making this an exciting launch. Here’s a bunch of us chatting horror and weird fiction on

Blind the Eyes was shortlisted in the Whistler Independent Book Awards!

This is a fun one, since it's the first book award in my own backyard, so to speak. Also, very competitive, with a huge pool of entrants, so I'm honoured (and a little shocked)!😱🖤 pic.twitter.com/qi49OH8Kii

My debut novel, Blind the Eyes, dropped June 1, 2018. It’s been an absolute whirlwind of a ride ever since. Some things I’d hoped for never turned out; other things I’d never even dreamed of came out of the woodwork.

I’d planned to mark the occasion with something small—a new cover for Under, my subscriber-exclusive series prequel novella. Maybe a little giveaway.

But the redesign looked so awesome, I couldn’t help myself:

So, yeah, buckle up for a complete series relaunch:

Thanks for your patience as I work through these updates—pages and links might be a little wonky in the transition (and the reason everything doesn’t drop June 1 is there’s a ton of work on the backend to get all the pieces in play.)

Check out this star-studded line up!

The results are in from the Writers of the Future awards (which is HUGE). Children of Earth got an honourable mention!

But that nice little accolade is overshadowed by the sudden and star-studded Table of Contents drop of It Was All A Dream: An Anthology of Bad Horror Tropes Done Right: 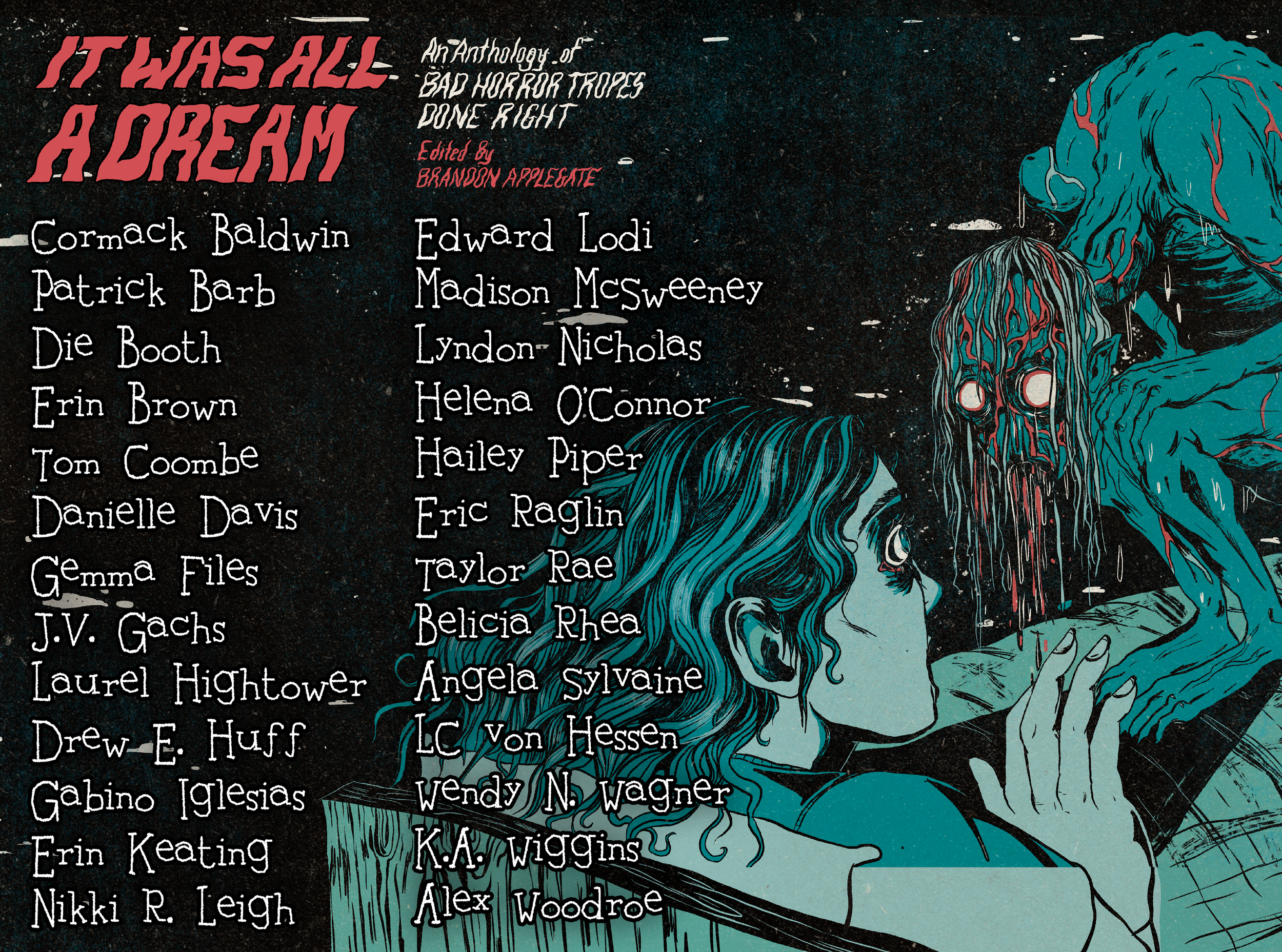 Why, yes, that is THE Wendy N. Wagner’s name just above mine! AND Gabino Iglesias to the left of hers! In fact, please, go ahead and just take a moment to absorb that fantastic lineup!

No release date yet because the publisher is commissioning interior artwork for the stories, but I’ll keep you posted.

This is really exciting for me because my twisted little story, Castoffs, has been one of my most popular AND most rejected. It features both a “deal with a devil” trope and a rather insider writers joke, which has made it a really hard sell.

But editors LOVE it. Here’s some of my favourite rejection notes:

And from Hungry Shadow Press’s very own Brandon Applegate: “It’s exactly the kind of bonkers, inside-baseball, disgustingly great spin on a well worn trope I was looking for when I started putting this together.” (!!) Seriously, just absolutely glowing over here! And can’t wait to see what else made it in (28 stories total~)

So, look forward to this insane, funny, and somehow happy (?!) gross-out horror comedy and a truly awesome linup of other horror stories one day soon!

So this just happened:

BLIND THE EYES made the @ReaderViews 2021-2022 Literary Awards finalists list!🔥

Congrats to all finalists 🖤🖤🖤 pic.twitter.com/6ejrlb9kDC

CWILL BC Presents: 2022 BC Books + Intro to Collaborating with Local Authors at BCTLA Fall Conference

I’ll be presenting a mixed-format multi-media presentation and workshop on behalf of CWILL BC highlighting our free resources for teachers and librarians, presenting 2022 releases, and engaging in dialogue around BC books for kids.

We’ll also have a table in the exhibitors’ hall with free bookmarks, swag, and books for sale.

Register at the fall conference site..

Join CWILL BC at Word Vancouver 2022!

Our authors and illustrators are offering virtual midweek sessions (schools, libraries, home learners etc. encouraged to tune in!), we’ll be offering a children’s activity center on Saturday, and hosting a table in the exhibitor’s hall on Sunday. Stop by to say hi, grab some free bookmarks, and enter our giveaway!

I’ll be on site all weekend helping out with free drop-in kids activities, running the CWILL BC table, and moderating the following events:

StoryStudio is a a Victoria, BC-based charity that provides free and low cost creative writing programming, resources, and contests for kids and teens across Canada.

This is a private event for Imaginary Island registered campers ages 10-16 and registration is now closed, but if you’re a young writer (or a parent), check out their site for how to get involved, upcoming programs, and regular writing contests!